Seven is not the only famed squad number vacant at Manchester United. Anthony Martial requested the nine and relinquished the 11 but Bruno Fernandes is not a winger.

Jadon Sancho is but seven is more suitable for a right winger and 11 is traditionally reserved for the dribbler on the opposite flank. A number of United players are due squad number upgrades ahead of next season but Daniel James is unlikely to switch from 21 to 11.

The 11 reflects a first-team status and James lost that privilege at Tottenham in June. Mason Greenwood was recalled five days later against Sheffield United when Ole Gunnar Solskjaer settled on a first XI with a fluid and unpredictable front three. Greenwood then plundered five goals in three Premier League games.

You would not begrudge Greenwood inheriting the 11. He is left-footed, after all, and unlikely to fall by the wayside as another academy forward, Adnan Januzaj, did after he received the number from Ryan Giggs. The left flank is not Greenwood’s forte and United lack an eminent alternative to Marcus Rashford other than Martial, now their outright top scorer. 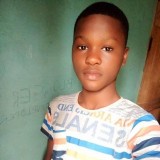 Quyum is a passionate sport lover and a fan of the Manchester United Football Club. His favorite sport is football and apart from that, Quyum also happens to be an internet geek with vast knowledge in different aspects of the internet; and technology as a whole. You can reach out to Quyum via any of his social handles.

Get The Latest Football News And Updates